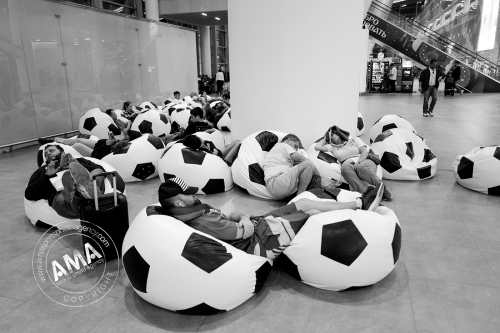 Leaving the Brazilians asleep on the football cushions at the Platov Airport, even though it was 4am, I appreciated the nice touch of seeing stray footballs on the roofs on merchandise stalls. 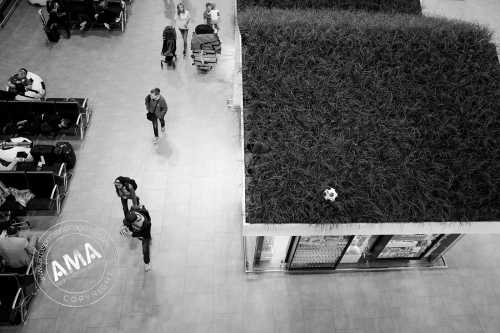 My two flights from Rostov to Sochi were spent sleeping. I felt very refreshed when I woke up on the outskirts of Sochi. As I have said before, I am only carrying hand luggage so the dash from the aeroplane after landing, then having to go through security AGAIN was quite easy today.

Upon landing, the taxi drivers were really taking visitors to the sunny south for a ride, demanding 3000 RUB when the normal fare is 500 RUB (£35 to £5).

Instead, I took the free shuttle bus which dropped me off on the outskirts of the Olympic Park in Sochi. With the Grand Prix track to my right and numerous ice hockey arenas in my sight, the stadium was easy to get to. It was one of the few times that I did not need the helpful FIFA signage. This was in fact my 6th visit to this stadium.

Another security check as I entered the stadium. From the media centre canteen I got some pasta with turkey and  three bottles of orange juice.

After getting my cameras cleaned, finding more aeroplanes and two trains, I now only have three journeys to finalise the travel plans for this tournament! The issue has been trying to find flights that suit our needs. If a fan wants to go to a city then there are ample opportunities with normally travel being a day or days before. With the media we have very tight constraints – finding a flight after 3am and one that lands 6 hours before kick off. Thankfully, every very now and then, a new flight appears on Sky Scanner. 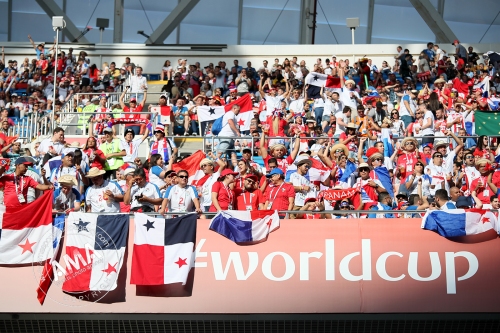 This was the first time Panama had qualified for a FIFA World Cup. Panama City must have been empty as they out numbered the Belgians by some amount. 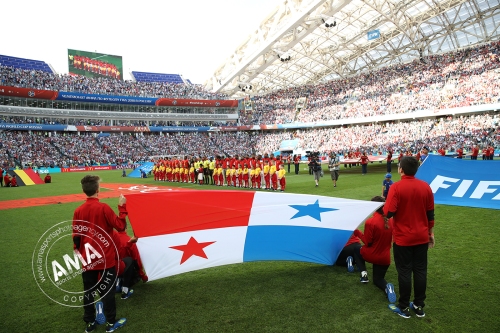 More English TV crews were filming today. One of my friends having a Paddington Bear on his camera, with apparently his colleagues frequently filming him so his son knows that his dad is hard at work. 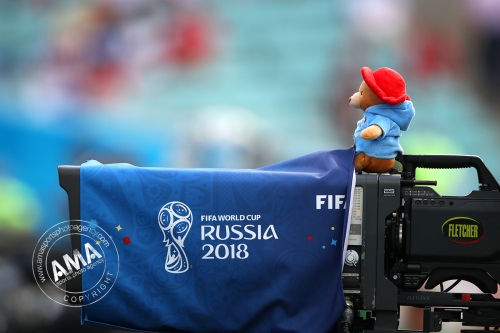 Belgium and Panama are two countries that mean a lot to me. I have some wonderful friends in both. So today was all about being professional and neutral. Though I did feel a lump in my throat when Hernán Darío Gómez, also known as El Bolillo, a Colombian former footballer and the current manager of Panama, had tears in his eyes as the teams walked out. 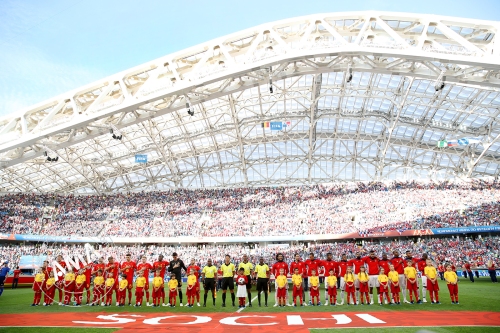 Panama did OK for the first hour then lost their way. They are a team of workers but like Manchester United or Arsenal playing a lower team in the FA Cup, slowly the lesser team gets ground down and the best team, Belgium in this case, is victorious. 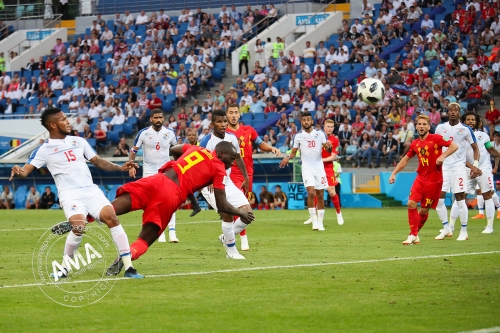 Photographing Lukaku for West Bromwich Albion and Manchester United, I know how he moves about, his work rate is immense. Sadly callers to talk radio sporting programmes slaughter the poor Belgian, but he is always looking for space and making runs.  I am not at the stage where I can fully predict his moves, like some tennis photographers used to be able to know what shot Steffi Graf was doing to do by the position of her feet, but it was no surprise when he left his defender and his diving header made it 2-0. 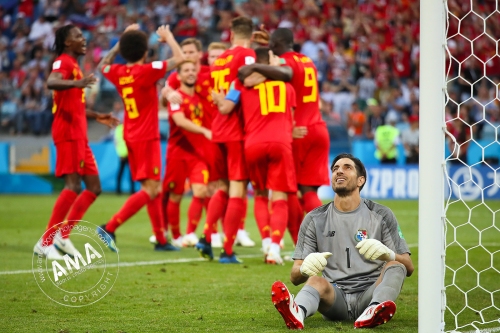 In the end Panama were dead and buried but their fans continued singing into the night as I made a walk along the black sea coast to a hotel that I found on Booking dot com.

With no plug for the plug hole in my inviting bath, I used my socks to keep the water in and filled it to the brim. I must have spent a good hour asleep in the bath as it was the second half of the England game on the TV when I woke up!

I put the lights out at half eleven. The nice hotel booked me a taxi for 5.30am.