I have just had a small chat with a friend back home asking how it is all going. In less than two weeks time I know I am going to have this kind of question asked for the foreseeable future, “Did you enjoy the World Cup?”

I am going to have to think on what to say soon – possible replies include..

“Yes, I wish the UK had Kilo restaurants”

“The street graffiti is simply stunning”

“The Argentinians certainly know how to support their team”

The fact of the matter is that, as I have stated before, the on the ground, the experience is so much different to the arm-chair experience with TV hosts broadcasting against postcard backdrops. People at home will know more about the games that I ever will.

I do obviously enjoy these tournaments, but in vastly different ways, the hunger for good pictures is one, I only analyse the game when I have no pictures as an excuse!

My favourite ever FIFA World Cup moment was not in a stadium but on a train from Niigata to Tokyo. My favourite moments this time have been in bars, restaurants or bus stations with fans from Argentina.

One of my favourite football songs from the 70s and 80s was the simple “1-0, 1-0. 1-0…” sadly, its died from British football culture.. but many pop songs have been turned into football chants.

Just like Manchester United use the fine melody from ‘This It How It Feels’ by The Inspiral Carpets, to mock rivals Manchester City, Argentina fans have used the melody from Creedence Clearwater Revival’s Bad Moon Rising.

When it starts, you know it won’t stop for at least ten minutes. Arms lash out, men old and new sing from the heart. Everyone loves the song, except for the Brazilians…

Brazil tell me that you feel
take me home to your dad
I swear, that although the years pass
We’ll never forget

That Diego score to you
That Canni shame of you
you’re crying from Italy to today
You will see Messi
The cup he’s gonna win
Maradona is bigger than Pelé!

With the World Cup on, it seems that everyone wants to be a photographer again. Countless emails containing huge attachments of awful images clogging up rare and vital bandwidth when wanting to read more important emails from clients. With the new season fast approaching everyone is playing a cat and mouse game “Our budget is less, but we need more pictures” is what I hear most.

Every day we see the most amazing graffiti images on walls and buildings. So much so, if I was a rich football club owner, I would track down these people and fly them to my stadium to paint it and make it more colourful. 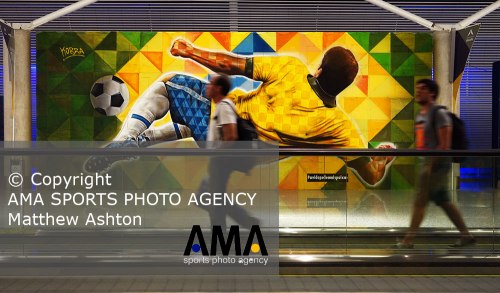 The airport of Brasilia was full of art and photography used to celebrate the FIFA World cup, and may I say, done VERY well.

Even the McDonalds cups are tastefully done – not that I had one, I’m being good!

After flying back from Brasilia, encountering another taxi driver wanting to over charge us, a quick 4 hours sleep – the next destination was Belo Horizonte again. 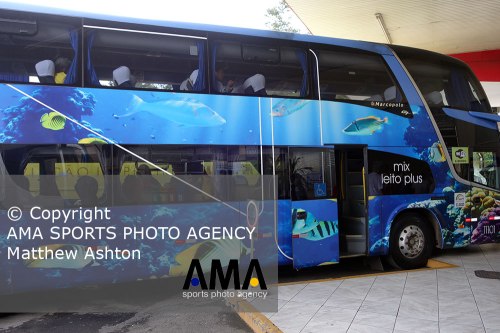 Back on the bus again! Lots of photographers have been commenting on our mode of transport. Some being very interested, some being snobby. Over all I must have had at least ten night bus trips – each one a good night sleeps in luxury, compared to sitting on plastic seats in airports for a 2 hour flight where you are not always guaranteed a peaceful experience. We have been arriving at our destinations fresh and recharged after a great sleep. 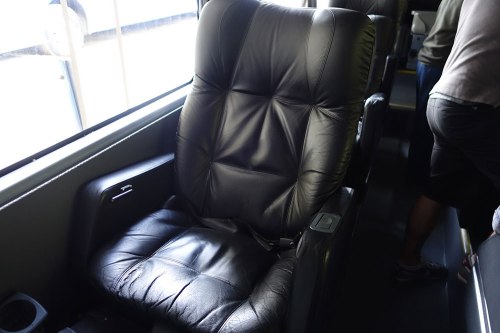 Today’s trip was the last on the bus. All the other forms of city hopping involves aeroplanes from now on. The rows of seats consisting of just one seat, then the aisle, then two more with chair of the highest comfort.

It was nice to stare out of the window and watch the world go by whilst listening to my iPod. The Rio to BH road involved some very windy roads and not the lovely four lane motorway like when traveling to Sao Paulo. 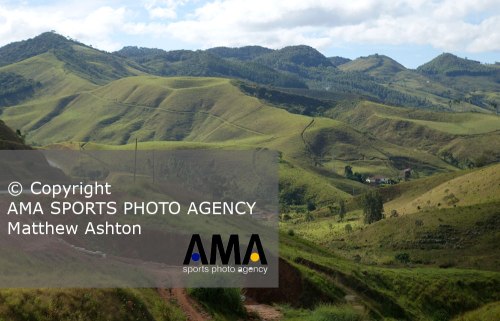 The scenery was stunning though. It reminded me of some other trips like in Morocco and South Africa where by at every twist and turn of the road, the landscape changed so dramatically. 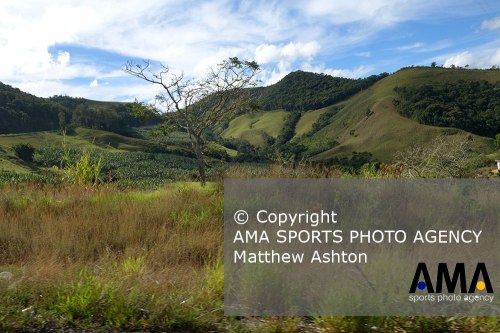 Half way through the journey we stopped at a service station. Each is unique in its own way. 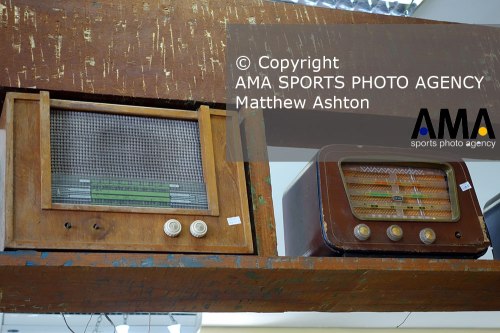 Some very interesting radio’s were on sale

…when I go away, lots of people seem to want gifts but I’m using the excuse that these ornaments would have broken if they had of been put into my bag – so no, I did not buy any.

The local produce looked lovely though – some nice jams and home made cakes filling the store.

I had another kilo meal – for those unaware, this consisted of choosing what I wanted from a mass buffet and just paying for the weight of what was on my plate. I had some astonishing tasty chicken with rice, pasta, vegetables and a bottle of water for £4.80.

Upon arrival, it was back to work : making sure things are charged, making sure I have the correct paper work for the travel days ahead of me, dumping my pictures on hard drives so my laptop is clear for fresh material.

Perhaps the only purchase I should have made was a bottle of Caipirinha, Brazil’s national cocktail, made with sugar cane hard liquor, sugar and lime.