So we are back blogging.

For many reasons, the Euro 2016 blog did not happen. Upon reflection, I should have documented the 2016 Rio Paralympics which I did as one of the official photographers of Team GB, but I was too busy working 14 hours a day to sit down and tell the world about what was probably my favorite sporting moment that I have covered to date.

After that, I spent a month in Japan. Covering JLeague yet another FIFA Club World Cup but feared my thoughts and opinions were becoming a stuck record.

The 2017 CONCACAF Panama Copaamericanos was incredible. My first visit to Panama where I fell in love with this amazing country and its people.

Then the joyous Confederations Cup in Russia to the frustrations of working in the USA doing the CONCACAF Gold Cup, MLS and International Champions Cup.

At AMA I guess we have had it easy but this season has been challenging. On the first day of the season, one of my guys suffered a ruptured appendix whilst at West Bromwich Albion. Most people have keyhole surgery lasting 8 minutes and are back home to watch Homes Under the Hammer but not my guy. A life-saving operation lasting many hours saved his life. We then faced staffing issues, our coverage of WBA was paramount and we neglected to do the other things we are known for. Many lessons were learned. Then Cath, the Princess of Football Photography was offered a staff job at Getty Images. We could have not told her about the approach but equally then not been able to look her in the eye. The only decision was to not stand in her way. Cath on Instagram

Then there was Abu Dhabi, the venue of the 2017 FIFA Club World Cup and after I got ill. Over the past few years, I have begun to somehow lose special friends. My chum, Colin Bloomfield, taken from us at the age of 31 through cancer. He taught me to be brave and live each day as though it was your last. All I contracted was a horrible supervirus but after thinking, almost knowing that my time was up, it has taken me a good five months to recover.

Many other hurdles had to be overcome; computers failing, financial issues magnified with the challenge of funding this world cup adventure, coupled with even more personal health issues. Trees falling over in my garden, having to leave best friends in foreign lands – it all added up! 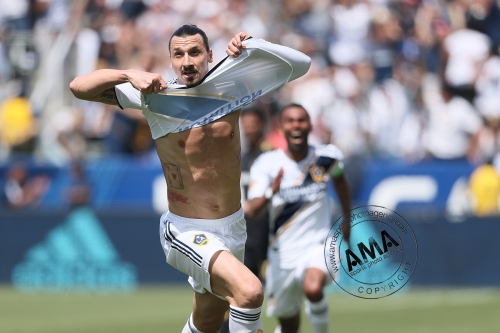 The best game I have ever done is no longer Manchester United defeating Bayern in the UEFA Champions League Final, it has been replaced by Zlatan’s debut for LA Galaxy. But that was fraught with technical issues in the failure of syndicating the best material I have ever got to the outside world.

After the UEFA Champions League Final in Kiev, I felt a weight off my shoulders. The curse of season 2017-2018 was finally over.

With all my cameras currently at the camera hospital, a much needed week to relax the brain and spend time at home has been most welcoming.

But a week today and I will be covering my 6th FIFA World Cup. It is scary to think that I will have then been to more World Cups to what I have watched on TV. From watching Argentina beat Holland in 78 on a black and white television in Wales, watching every game of Spain 82 with my Panini sticker book at hand to my favorite World Cup of Mexico 86, taping everything that was on TV on a now-defunct Sony Betamax video recorder – though the tapes are still boxed in my loft! Italia ’90 was another epic as was USA 94. Even though I was a professional photographer back in 94, did I have any ambitions to cover a World Cup? Totally none. But fate and luck led me to France.

I used to argue with my French teacher in class. She was quite cool looking back. Teach me Spanish, I always said. French is pointless. She looked at me in the eye and said that one day she would thank me. She was so correct!

Important lessons were learned at that World Cup. The principle being, not to watch TV is one. TV footage somehow erases your own personal memories. Which leads me to why do people film gigs on their smartphones! Just enjoy the concert people! Although I was there, I ruined it by purchasing a VHS story of France 98 from a Fnac shop in Paris a few months later. I now somehow remember the TV footage to what I saw and felt.

After royally cocking up Euro 96, I fought back and got myself into the squad and was picked for the final. I had done so many games by the time I captured Zidane heading in two goals, it was really was just another game. Until that is, Petit scored to make it three when the French crowd realised that they were going to win the World Cup.

And then I saw the mesmerising FIFA World Cup trophy. It is so small, so dull in shininess yet so gold.

After four trips to Asia preceding the tournament, getting to touch the FIFA World Cup trophy, I did not step foot in South Korea as I am obsessed with everything Nippon, Ginza was my home for this one. My favorite moments were traveling with Allsport’s Dave Canon, someone whose pictures I cherished from Mexico 86. It is like being in the Man U youth team and suddenly playing in the same team as Ryan Giggs. Again I came home a hero with luck on my side, Ronaldo scoring and celebrating right in front of me.

I was not in a good place back then. My undiscovered fact of not having a thyroid affecting everything in my head and body but I was lucky. England v Paraguay, I was on the waiting list. FIFA had not issued me with a ticket for this game. I ran into the stadium as the anthems had just finished when Keith Cooper handed me my dream ticket.

After only 3 minutes, AMA was born. My picture of Ashley Cole and Beckham celebrating the winning goal graced the front pages of most newspapers in the UK. This was the first time I was properly freelance. No wage, no nothing. Just me.

Learning to be mentally strong hit home when along with 150 other photographers missing Zidane doing his headbutt could have probably paid for a helicopter on my front lawn, but it wasn’t to be!

This is where the blog started! Every issue had an easy solution – drive! The bitter cold of the African winter made it all the harder.

AGAIN the football Gods on my side. “Gracias Iniesta” Another winning goal of the world cup captured.

Again, it’s all on this blog! No World Cup-winning goal down my end this time. My luck had run out. I was there to work so never listen to those saying how lucky I am, but I cherish the day off I had when I went around the communities and favelas of Rio and spent time with friendly locals watching Brazil v Mexico on their TV screens. 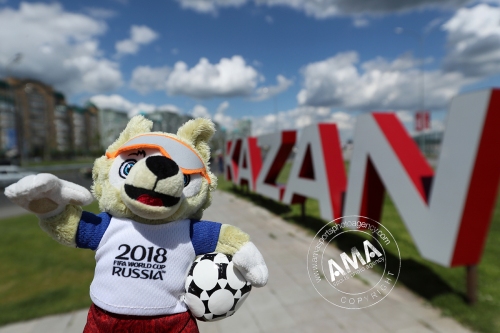 and of course, all being well, more daily thoughts, words, and pictures

As always – any questions, leave them in the comments box below