The tiredness that I had now seems from a time long gone in the past. I have no more internal flights. My sun tan from Sochi and and Kazan has almost washed off. During the first week here, the thought of the semi final and final in July, seemed like a child in February thinking about Christmas, but time has moved on and the final three days are in touching distance.

From now on I was about to experience a different FIFA World Cup. A World Cup that some of my colleagues had practised, but not me. I had flown back and forth for what seemed like an eternity – not that I would have it any other way! But now it was time for the trains! 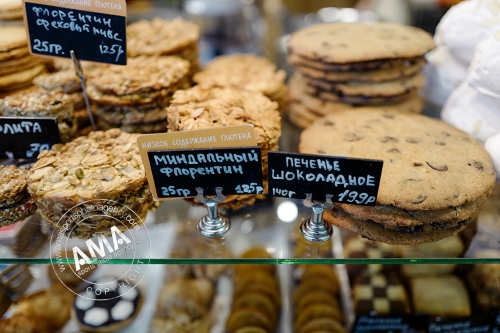 Shops selling tasty snacks for hungry passengers surrounded the station concourse. The signs of the old Russia are still there but delights like this remind me of Italy or even Japan.

A lovely modern train taking me from Moscow to St Petersburg with the daily dose of stadium media centre food disappearing, being replaced by chocolate snacks. 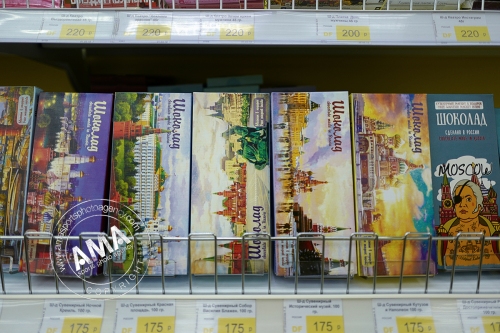 Seeing modern houses on the outskirts of Moscow as we pulled away, looking far more elegant with design and materials than the new builds being erected near to my home was proof of the new Russia. After a quick nap, I was reminded of the old Russia when I spotted a lady wearing a headscarf walking a cow by the horns on a battered road in the countryside later on in the journey. 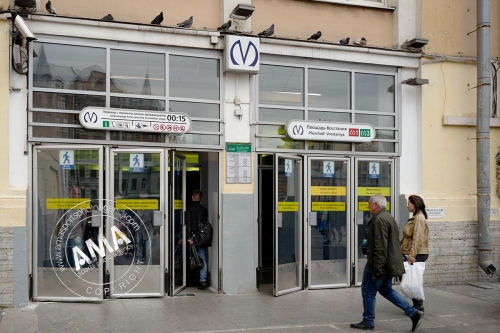 Those who know me, know that I adore traveling and exploring, though here it is very reassuring that I have been here before and that I know where I am going. The year old glossy platform a stark contrast to the beautiful classic metro stops that I have been accustomed to in Moscow.

From the train station to the metro, the newly extended metro line dropped me off right outside the stadium door.

It was damp and cold. Even though it was apparently 20c, those like me who had been in 35-40c temperatures for the past three weeks, coats were a must.

And so to the small matter of the first FIFA World Cup Final. France v Belgium.

There were so many things to do in this game like document the Manchester United duel between Fellaini and Pogba. The background again shocking in this stadium, I welcomed the French flags to brighten up my pictures.

I shot and shot and shot. Having a half-time Berocca Plus with a media centre orange juice to perk me up even more.

Today we were squashed in like sardines. Not that I was complaining. My colleagues had traveled far to come to this game. With local Russians quite literally watching and not picking up a camera to the faces I saw prior to kick off of esteemed photographer with worried looks as they were still on the dreaded waiting list, I did not even see the winning goal, or get a chance to take pictures of the celebration.

After sending pictures of the Manchester United duo swapping shirts at the end of the game, it was time to think about heading back to Moscow. I found the game very entertaining and great to shoot. But just like doing the Premier League back home, one to close off and move on. There is another semi final to do and when we played the game of trying to remember the semi finals in World Cups, I spectacularly failed! I had been to 7 of the ones I could not recall! Will I remember this in years to come?! I doubt it!! 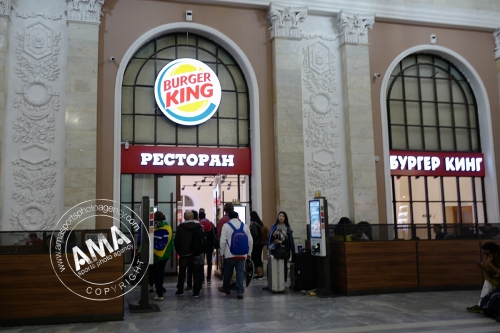 Walking the streets of St Petersburg trying to find the correct entrance for the train station was certainly not a nerve racking experience, but more of a I just want to get there and chill one.

More crap food – Burger King. They had run out of strawberry milkshake too.

Normally my time waiting for transport in airports meant looking at the shops, here I marvelled at the St Petersburg train station map showing the railway network.

More Russian doll stalls also selling fridge magnets, not that I made a purchase today, I will have to buy a new fridge soon as I will have no space. 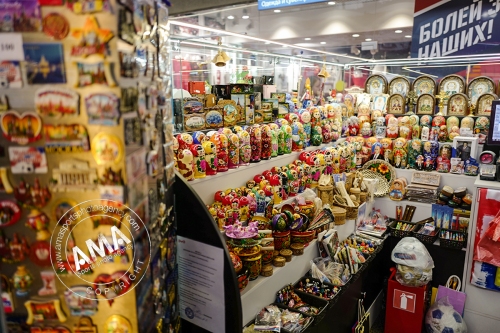 Soon it was time for the night train. I was on a sleeper. The fast train taking just over thee hours was replaced by one taking eleven. I had got some tips from others about getting sleep carriages. Once we set off I found some empty ones and snuck in there.

I woke up at 4am with a bad sore throat. Was it because I had not had an intake of vitamin C today and had just eaten crap food? Had I finally caught the cough from one of the Japanese photographers? Had the shift in climate given me some sort of chill?

I shut my eyes, hoping it would go away!

Waking up in Moscow, it was good to be ‘home’

Although I am here to document the football, I do really like taking pictures and exploring the massive underground city of the Metro stations.

I returned home to my hotel just after 2pm. A quick shower and then off to do the other semi final….