I remember fondly the final of Mexico 86. My grandad was over to watch the final with us. My mother had called us for tea but my grandfather and I stayed in the lounge. More calls to us were made to join us at the table. My grandfather told me he wanted to wait two more minutes. The Sony Betamax video recorder that we had just got displayed the time of 1758. He wanted to see the clock change tin 1800h!

That was only just over 30 years go. Now it is 2018 and we are transmitting pictures in real time via our servers in Frankfurt and Orlando back to base where we have an editor cropping and captioning our pictures before they are sent out to global clients.

I got into photography because I enjoyed processing films and then printing the negatives. It was a real skill, a trade and something you could only do with lots of knowledge and practice. Most folk sent their holiday snaps in an envelope to the likes of Truprint and waited two weeks for heaps of 6×4 bad pictures to arrive in the post.

What I could do was almost like magic. The other skill that I spent months practising was manual focussing. As I was not in London I did not in those days mix with the top sports photographers as I stayed in the Midlands doing my beloved Shrewsbury Town with the odd Manchester United or Aston Villa game. Manually focussing was a real skill. Being able to get the point of focus which was about 3 inches with a 600mm lens and being able to press the shutter at the moment a big tackle was made involved huge expertise.

My first two World Cups were on film. The cameras I used did not really matter, as long as I loaded my cameras with the best film, I got the best pictures. Now technology matters so much. The cameras that I used at the Germany and indeed the South Africa World Cups just gather dust as museum pieces in my office. 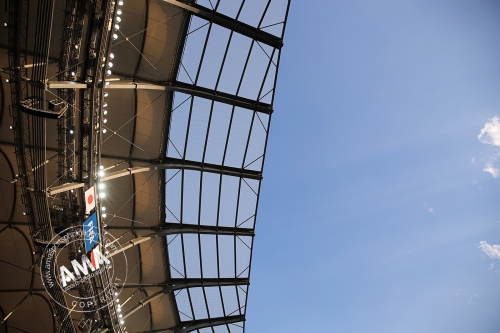 At half time today myself and one of the Japanese photographers had some fun. A colleague of ours was in Shibuya in Tokyo documenting thousands of Japanese football fans on the streets watching the game on the screens that normally pump out advertisements in amazing 4K quality.

Not only did he send us pictures, he sent a panoramic 360 image. We were walking around in circles looking at the panoramic, moving the mobile phone up and down to see the sky and floor!

My head is often filled with ideas but for the 2026 World Cup in the USA, Canada and Mexico I simply can not even imagine what or how we will use technology to better what we are doing right now.

I saw some of the old timer Japanese photographers. It was so nice to meet up with them. I did not see them at the other Japan game that I did. These guys must be in their 70s.

Most of the Japanese photographers sat behind the goal waiting patiently for a goal to supply the demanding and vibrant newspaper markets in their homeland. I have seen some of the English newspapers here and I am disappointed on the coverage to be honest. Cost cutting and a massive emphasis on solely England does not provide the in depth coverage that we have seen in the last ten years.

Our Newspaper markets are dwindling rapidly. 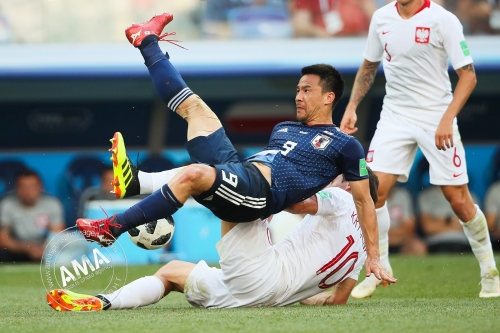 Instead, I sat on the side of the pitch, gathering feature images and pictures suitable for Japanese magazine. 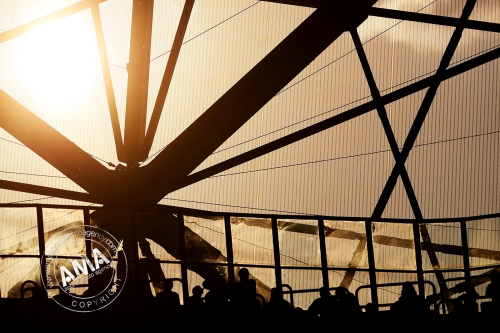 It was so hot today. I mean really hot. The official temperature was 40c. But prior to the game in the stadium that had no wind it must have been 45c. Yet, apparently after chatting to those back home, there was no mention of the heat. 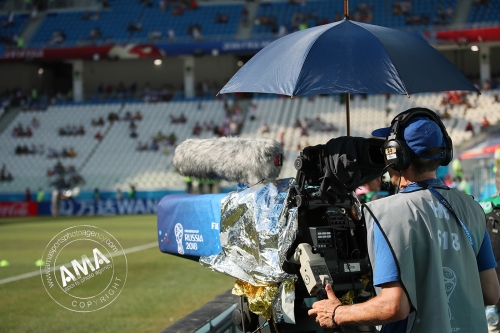 I can guarantee the media will still be harping on about the temperatures in Qatar at the next world cup, but I could not think of a hotter stadium that I have ever been in.

The TV Cameramen had protective wear on their lenses and umbrellas to keep the sun from shining down on their already hot equipment. 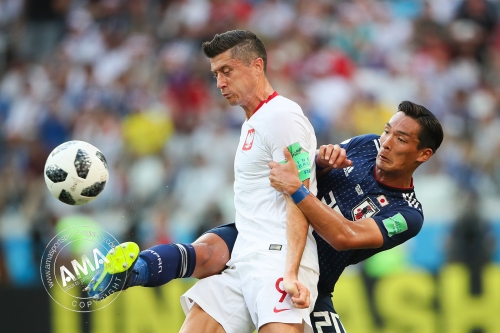 The first half was a battle. Neither side scored but some 0-0’s are great games to photograph.

The second half was a little more on the dull side. 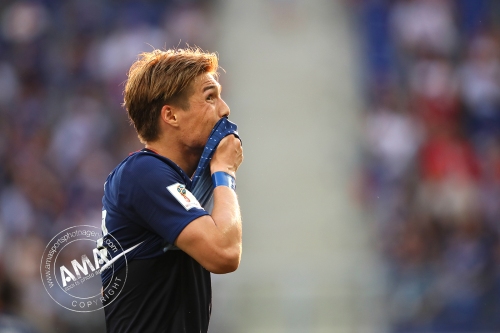 The shirts of the players were wet through. At games like this you really appreciate how these athletes can cope with running around for 90 minutes though the last 15 was a stroll and at almost walking pace.

Japan lost 0-1 but they qualified for the next round.

After getting to the airport and sharing airport food with my Asian colleagues my midnight flight landed at Moscow just after two. To my horror the train service back into the city had stopped. The next train was not until 5am. I had no option than to get a taxi. I bartered the driver from 4500 to 4000RUB. This was still nearly £50!

Most of the journey back to my hotel, I spent chatting to my friend Moto in Tokyo using WhatsApp. I adore WhatsApp, it means I can communicate with all my global friends and colleagues with ease. We always send pictures and fun messages to each other. She was telling me about the areas in the capital of Japan where people went and gathered together to watch the match.

Then I realised that the driver of the taxi spoke good English. My hotel is opposite the Space Museum and Space park. A huge monument reaches into the sky celebrating the Russians space missions. The curved structure with a rocket on top is the first thing I see every time I look out of the window.

I asked why the Russians stopped space travel. I was put in my place saying that they helped develop the Space Station but he said the Americans were the ones to now looked into space whilst the Russians new that the aliens were already here!

I got back to my hotel just before 4am. Another 18,000 steps walked today. I found a huge blister on my toe. I am going to have to buy some new footwear tomorrow I think if I am going to continue the tournament without any pain!