Some photographers went up The Amazon – boating, snapping, videoing. It all looked lovely but it’s not my cup of tea. I’d prefer to be exploring Asia on a train or driving around Europe.

I went in search of pictures to continue my tournament long feature documenting football in Brazil – futebol no Brasil. 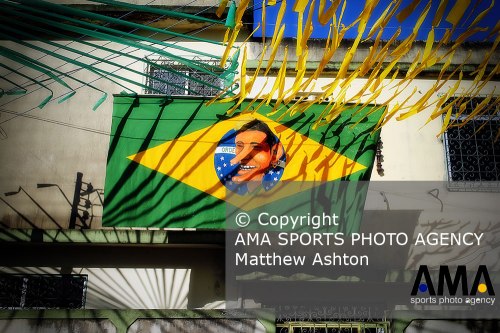 The temptation to syndicate out and get published only for others to see and copy and do the next day was a tricky one. Someone will always copy you these days and end up with a better picture. It’s a game of poker knowing when to release material to the outside world sometimes!

Because of travel logistics, I did another England training session on Friday. This is my 5th FIFA World Cup and I do not think I have done so many training sessions and I’m still in my first week! Although this World Cup is unlike any other in terms of travel.

Not being on the £48,000 Official England Media trip, I was unaware of any stories going on in the camp.

I went to the goalkeepers. Joe waved and said “Hi Matt” – I have known him since he was 17, he went to my old school and I still claim he was a better cricketer!

Working for WBA also, I know Ben Foster. He greeted me with a wink and then I saw the two of them stare at the pitch and then back at me.

A lot had been said about the playing surface prior to this game. After about five minutes workout, Joe went and tried to tread down the roughed up area. Joe should stick to goalkeeping and not being a groundsman as his work was shoddy! 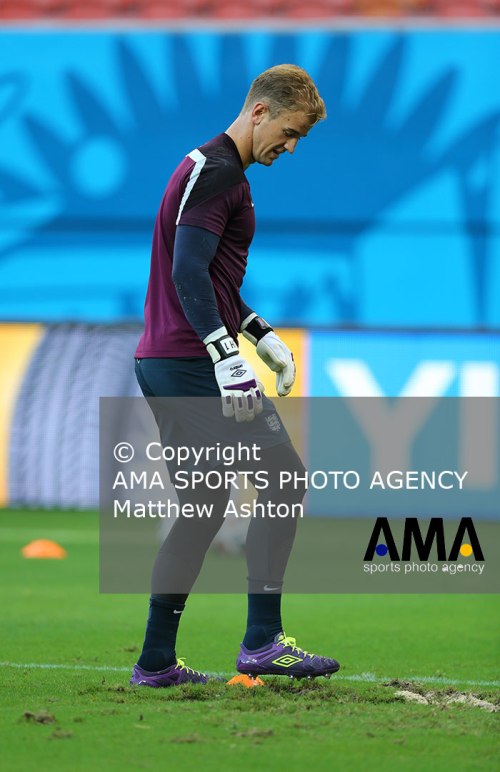 Lines of cop bikes were to be seen outside of the stadium. It is safe to say the teams are being looked after OK in terms of security. 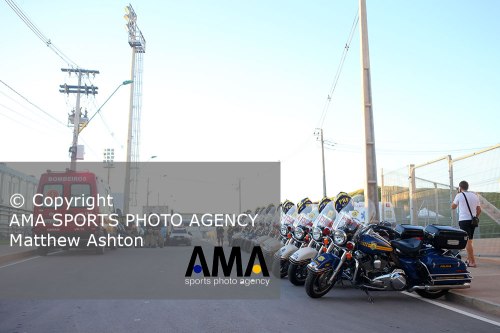 Only having 15 minutes of training we went back inside the media centre. My t-shirt was wet through from the humid conditions. Returning to what seemed like a walk-in-freezer was not nice. 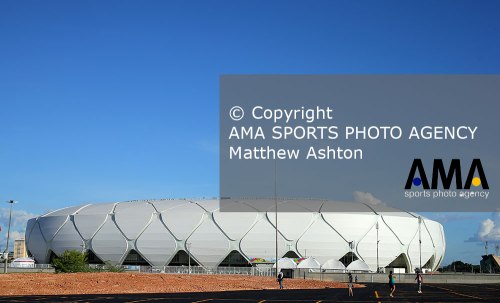 Editing some of my feature work from the day, we tried to stay positive when we received an email from our camera manufacturer CANON, outlining the items stolen from day one of the competition. This included a 400mm and 600mm lens and at least 2 camera bodies. About $42,000. The worst day of my life was when my cameras got stolen from my car in Rome in 1998. I feel for the people who were robbed. 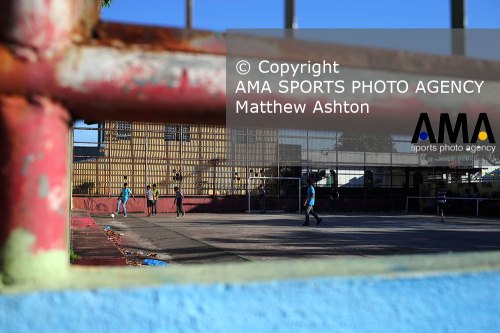 As others explored the nightlife of the Amazon, I stayed inside and watched Satellite Brazilian TV whilst finishing my edit from the Opening Ceremony.

Who knows if stuff like this will ever get used, but that’s half the fun! : 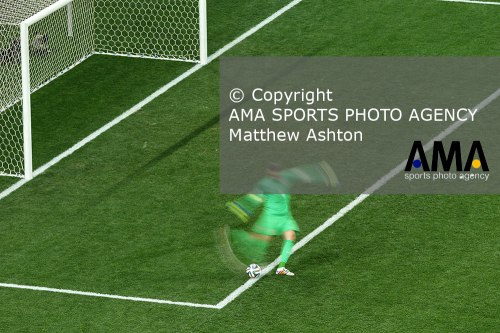 After a great night’s sleep, air con off – I had breakfast with Tom Jenkins, the photographer from The Guardian. He told me about his photo feature on the Panini Factory in Sao Paulo. I can’t wait to see his material.

Taking the 11AM media bus and checking out of our hotel, I locked up my camera bag in the media lockers and for nearly three hours walked the streets in Manaus near the stadium. The locals were so friendly. It was easier to lie and said I lived in “Londres, Inglaterra” than say where I really came from. 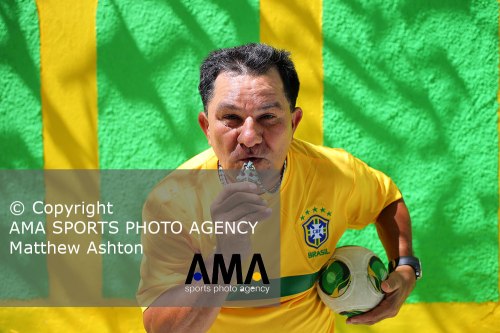 Today was Saturday so everyone was about watching the football on the TV. 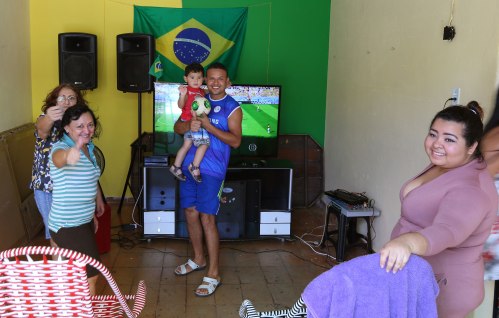 I must have gone into about 5 homes! I was expecting a small black and white TV on an up-turned beer crate with a family glued to the games.. but if you buy a year’s subscription of Satellite TV you get a free 50 or 60 inch TV!

One chap, his TV was too big for his living room, so he had it in his garage with the door up. He was sat on the other-side of the road drinking beer! 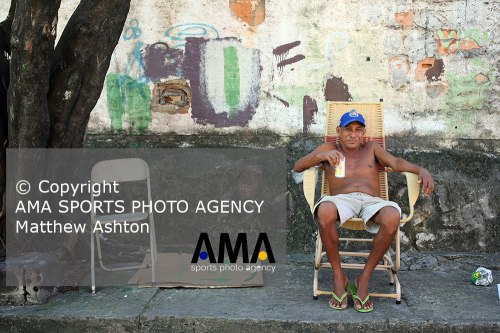 To me this was better than playing Crocodile Dundee on the nearby River! 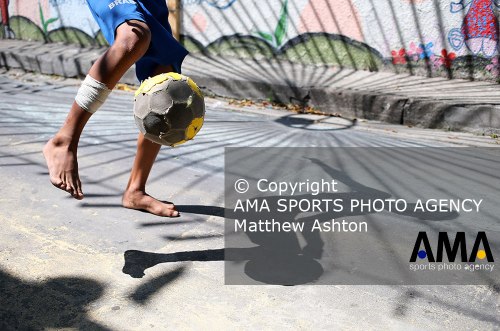 Some of the young boys came out to show us their skills with bare feet and a hard casey ball. 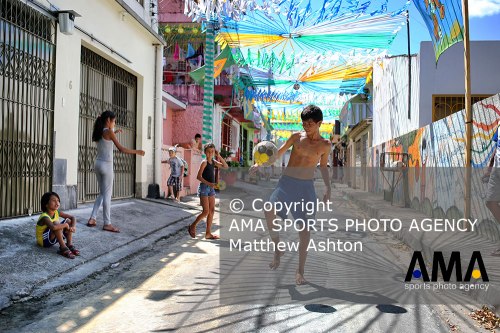 All the streets were decorated for the World Cup.

Some houses had even had a paint job especially!

This was the type of material I had wanted and I was very pleased with my haul of pictures today. When I did the FIFA Confederations Cup I was so behind on editing. So much so that I took with me a hard drive to Morocco and between 7 and noon every morning I went through the entire tournament and found over 2,000 images I had not syndicated out.

Being up to date with editing, having nothing in the back of my mind nagging me is very important to have a clear head so that I can roam around with a care-free attitude and simply snap away like today. 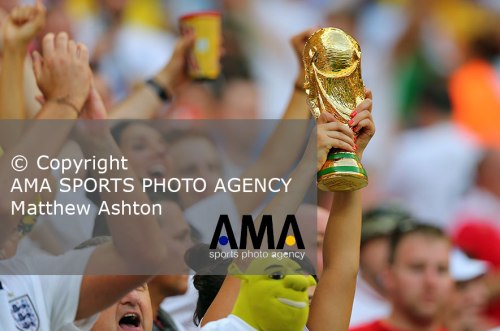 And on to the main event. England v Italy. Sat first half in a position that I don’t normally sit at, right next to the goal… I was like what the hell… Italy scored first from the other-end. 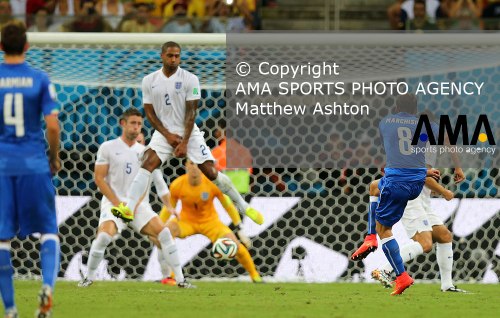 Sturridge got caught in the net. 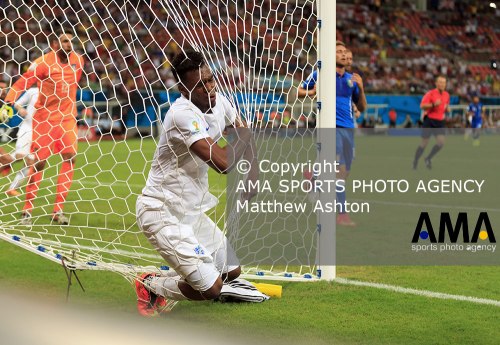 Glued to the stadium clock, on 44 minutes I packed my bag and on the half time whistle sprinted down to the other end to find a spare spot. I needn’t have worried as there was lots of space.

Half time was spent sending out pictures of Fanny – Mario Balotelli’s girlfriend in the crowd. 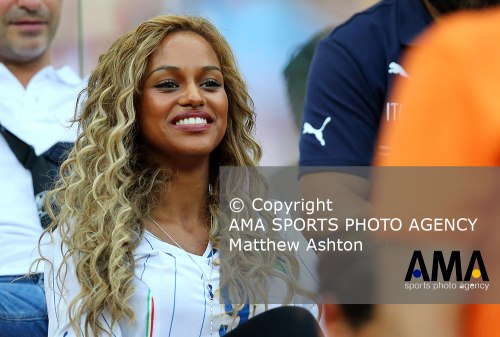 Also first choice goalkeeper Buffon who had hurt his ankle training the day before and was not playing. 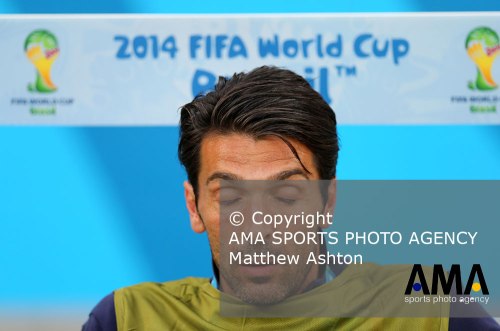 But the Italians came out on top and England were left with nothing. 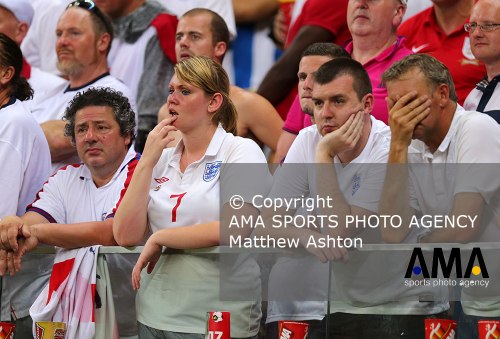 The day went to Mr Balotelli 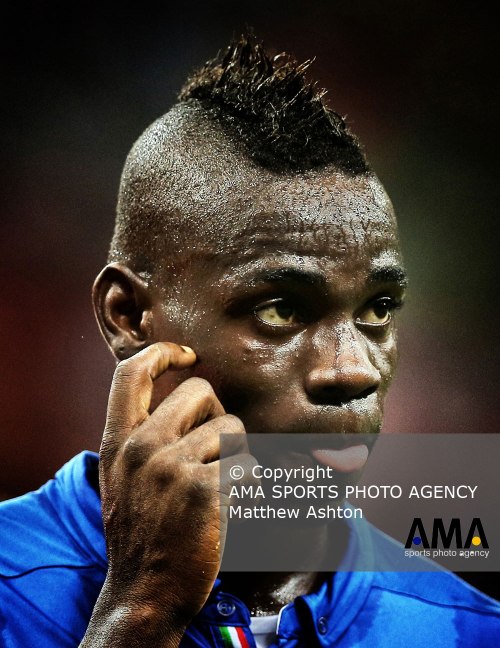 After the game, I did a full and proper edit. That meant I was on top of things and had NOTHING to do or worry about. I did a few emails and tucked in to a £10 meal from the media canteen. 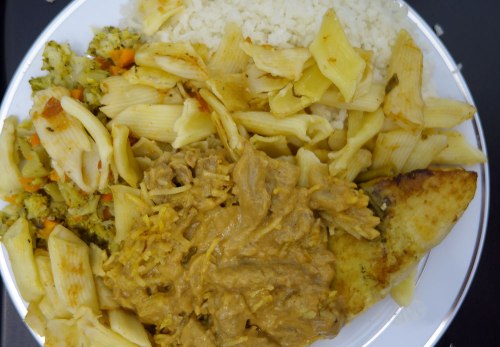 Thankfully I had not been bitten by anything. The jungle spray had done its job. A stress free day in the Amazon, it had been like working in an oven, but the biggest plus was that everything had gone off smoothly.

so…it was off to the airport by taxi for a lovely 4AM flight via Belo Horizonte back to the capital of Rio for another encounter tomorrow.